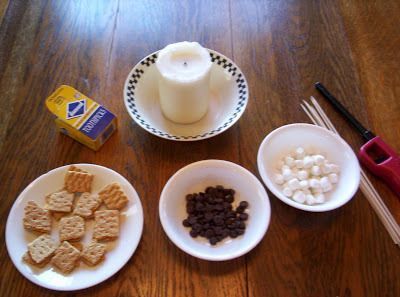 Another week finds us all in. So let's go all out and have a Campfire.

We will sit around the fire. Tell stories and make some S'mores. Somebody may sing some campfire songs. Maybe we will even do some skits . . . just like summer camp.

So there is the thing. We want some "buy in" from you.

Get a candle, and all the fix'ins you need for S'mores . . . AND WE WILL MAKE THEM. Smores cooking will start at 9PM. In other words . . . after we have had a few drinks. This will add to the challenge.

The very first marshmallows came from a plant called Althaea officinalis. Early civilizations, including the ancient Greeks and Romans, used the root and leaves of the plant for medicinal purposes, often to help with inflammation (and as a laxative). This should make the evening more interesting to say the least.

The French first marketed marshmallow as a treat rather than a medicine, combining the root juice of the plant with eggs and sugar beaten into a foam. They formed the soft paste into a lozenge and called it pâté de guimauve. It's purpose was two-fold: soothe the throat and taste good. Well . . . we will have some other things to go down the throat that taste good.

Graham crackers were originally invented to curb sex drive. Presbyterian Minister Sylvester Graham from the 1800's believed that humanity was on its way to a moral collapse due to an obsession with carnal desires. Wait . . . is he saying this is a good or a bad thing?

Oh. I see . . . He believed the food we were eating greatly contributed to our undeterred need to have sex. A simple steak dinner with wine could, according to Graham: "increase the concupiscent excitability ... of the genital organs."

To combat this Graham promoted a special process of baking using only "finely ground, unbleached wheat flour, wheat bran and coarsely ground germ." Out of this, came a bland, dry cracker named after him we have today. The Graham Cracker.

In the Victorian-era Graham Crackers did get fused with Marshmallow and Chocolate. They were funeral cakes, specially-prepared upon the death of a loved one.

Let's recap. Marshmallows for a laxative. Added with Graham Cracker to make sure you don't get frisky by eating someone's meat. Added with Chocolate. And served at funerals.

Maybe this is not good for a campfire?

During the 1890s, a marshmallow roasting fad took hold of summer resort towns in the Northeast. Often drawing a young crowd. Newspapers at the time called the roasts an "excellent medium for flirtation" since people could nibble off each other's sticks.

The first official recipe for a s'more came out in the 1927 Girl Scout guidebook "Tramping and Trailing with the Girl Scouts." It was called a "Some More"

If you don't want to cook S'mores at your computer and drink and sing and tell stories then you can always just buy Mallomars, which are essentially s'mores in cookie form. And Moonpies are basically a s'more cousin. Don't forget to grab some JiffyPop too. They have that in the store.

You NEED to bring some things to the party at your computer.

If you really want to kick it up a notch and you want some meat in your diet. Bring some Animal Crackers.

and UPLOAD them to the event.

See you there. Try not to burn things down. We have already had enough of that this year.

9 - 10 Drinks and Toasts and Toasting Marshmallows